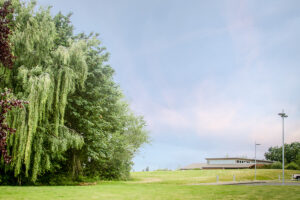 Edgewood is a wide spread and dynamic city of nearly 12,000 residents (Us Census, 2018.) The community is composed of picturesque farms, beautiful homes, friendly people and businesses. The City of Edgewood stretches approximately 8.9 square miles from Puyallup and Sumner to the south and east, Milton to the northwest, and Auburn to the north and east.

One of Edgewood’s significant landmarks is the Nyholm Windmill. The windmill was actually Edgewood's first landmark and has become the formal symbol for Edgewood and incorporated into the City's logo. The windmill was on Peter Nyholm’s ranch which became known as one of the finest ranches in the area producing hay, vegetables, fruit and dairy products. From small beginnings, great things can blossom and so is true for the great City of Edgewood.

Edgewood boasts that it is among the top 20 safest cities in Washington in 2020.

Parks and trails in Edgewood include the opportunity to rent picnic shelter space and an 18 acre plot of land that is scheduled to be developed into a community park.

The city covers almost 9 square miles, with neighboring towns of Fife to the west, Milton to the northwest, Auburn to the northeast, Federal Way to the north, Sumner to the east, and Puyallup to the south.

Sumner-Bonney Lake, Puyallup, and Fife Schools are the public districts that serve the students who live in Edgewood.